Anna Ferré-Mateu, researcher of the ICCUB, will give a talk to the Astronomy Group Amics de Calella 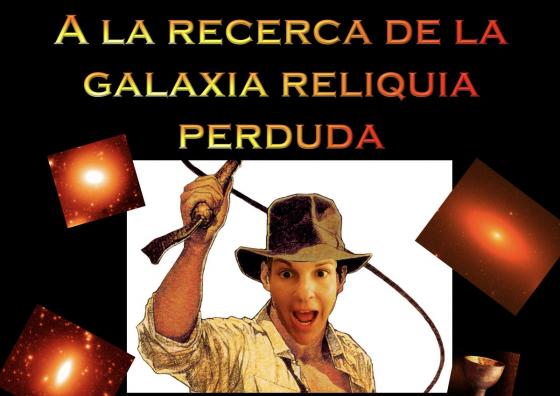 Anna Ferré-Mateu, researcher of the Institute of Cosmos Sciences of the University of Barcelona (ICCUB) will deliver a talk next Saturday, July 10, to the Astronomy Group Amics de Calella. The event will take place at the auditorium of Can Saleta at 17h and it will offer the option to be followed life-streamed.

Dr. Ferré-Mateu’s research field is Galactic Formation and Evolution and that is precisely the topic of her talk which is named “Raiders of the lost relic Galaxy”.

As she herself explains, «Massive galaxies are one of the predominant populations in our universe today. How these giant objects came to form is still one of the great enigmas in the field of galaxy formation and evolution.

The currently most accepted model explains that they form in two phases: a very violent and fast first phase that forms a very compact and massive nucleus, followed by a phase called accretion, as new stars accumulate around this core, due to the interaction with other lighter galaxies. Models predict that 0.1% of massive galaxies should omit this second phase in their evolution, remaining compact and massive, as relics of the past. Finding one of these relic galaxies would therefore be irrefutable proof that formation models work, and also a very valuable tool to be able to spy on what formation processes were like when the Universe was very young. In this talk, we will embark upon an adventure to find the first relic massive galaxy, with all the perils and dangers of it . Do you feel up to the task?»

The talk is part of an Astronomical Day organized by the Astronomy Group Amics de Calella to celebrate the 50th and 60th anniversary of some of its historical members, and where there will be three other conferences you can look up on the programme.

You can make your reservations at the number 659 04 83 36 or sending an email at grupastronomic@yahoo.es

You will also have the option to follow the event online in the link or in the YouTube channel of the astronomy group.

Anna Ferré-Mateu studied her degree in Physics between the Autonomous University of Barcelona and the University of La Laguna, where she stayed for her Master’s and later her doctorate in Astrophysics. Her doctoral thesis (2013) seeks to characterize the stellar properties of galaxies of various families at different epochs of the Universe, in particular by focusing on the most massive galaxies. From island to island, she moved from Tenerife to Hawaii, where she worked for three years as a postdoc at the Japanese Subaru telescope, searching for massive relic galaxies. She later went to work on a two-year postdoc at Swinburne University of Technology, Melbourne, Australia, where she began researching lower-mass galaxies as well as mysterious ultra-diffuse galaxies. Currently, she is a "La Caixa" postdoctoral researcher at the Institute of Cosmos Sciences of the UB, where she is one of the members of the Galaxy Structure and Evolution research group. The group’s researchers study both galactic astronomy – inside the Milky Way- and extragalactic astronomy – beyond the Milky Way. This includes a large array of objects ranging from dwarf galaxies, quasars and clusters of galaxies, and spanning the last 13 billion years of the history of the Universe. The research in extragalactic astronomy includes the modelling of galaxy’s formation processes, the study of intergalactic matter and making predictions based on analytical models.

By
Andy Gracie
Other
Open to all

Deciphering the periodic table. Chapter 4 | A universe of chemical elements

The passage of time and the absence of a public commitment to preserve its legacy seem to condemn to oblivion one of the most relevant figures in Spanish astronomy.