Planetary (In)habitability: From the Earth to exoplanets 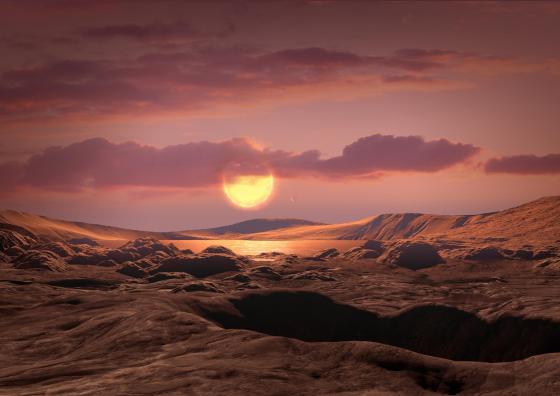 Is the exoplanet Kepler-452 b, located at fourteen hundred light years from Earth -potentially habitable? At what other places of the Universe can the phenomenon of life have taken place? All these questions on life research inside and outside the Solar System are the thread of the journey in the book (In)habitabilidad planetaria. Fundamentos de astrobiogeología (Ed. Marcombo), a work coordinated by the lecturer Andrea Butturini,from the Faculty of Biology of the UB.

The book is written between five researchers from several disciplines, including our astronomer and professor Carme Jordi.  The other co-authors are the IEEC director and CSIC astrophysicist Ignasi Ribas; the geophysicist Daniel García-Castellanos form the Institut de Ciències de la Terra Jaume Almera (CSIC ICTJA) and the microbiologist and IRBio researcher Jordi Urmeneta.

Between the Earth and the stars: searching for alien life 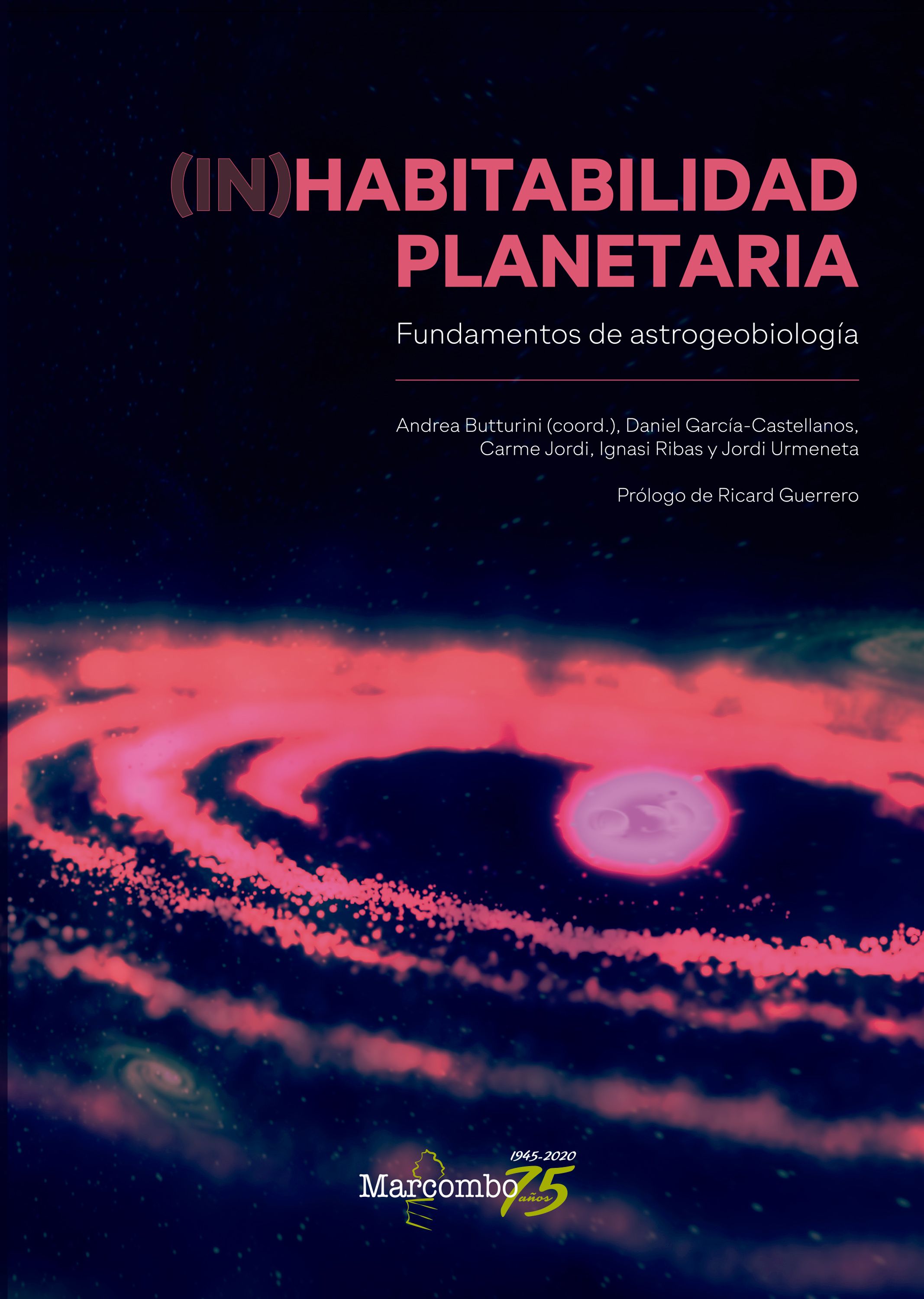 The discovery of other lives far from the planet Earth would be a total scientific and intellectual revolution in our perception of nature and the Universe. “Life could have taken place in other places and times, but what we know about is that it took place and evolved here, in our planet Earth”, notes the emeritus professor of the UB Ricard Guerrero, in the prologue of the book. “And it did so because there was cooperation between the first inhabitants, instead of competition”, he adds.

With a multidisciplinary perspective, the book highlights the values of the astrobiogeology as a meeting point for several disciplines that take part in the debate on accepted paradigms and the most speculative speech. “It is a research field with an enormous growth. It is obvious that its development depends on technology and investments that only a few entities and countries can make, and which usually make consortiums to optimize resources”, says Andrea Butturini, lecturer at the Department of Evolutionary Biology, Ecology and Environmental Sciences of the UB.

“The most crucial aspect of astrobiogeology –he continues–, is that it feeds from the interaction between physics, chemistry, geology and biology, a mix that is promoting the development of scientific works in which many researchers are involved, not necessarily linked to the research institutes in Space Sciences. This scientific literature has a speculative component –which is very attractive from an academic and didactic perspective–, which would be great to introduce in the university studies and promote the union of all these disciplines”.

According to Ignasi Ribas, director of the Institute of Space Studies of Catalonia (IEEC) and researcher at the Institute of Space Sciences (ICE-CSIC), “setting the context in which the life takes place in the Universe represents one of the biggest challenges of science for the next decades. In order to reach this objective, it is essential to have a multidisciplinlary approach since the many intervening factors cover knowledge areas that are traditionally separated from each other”. The researcher also notes that “this approach combining astrophysics, biology, and geology –all them to the extreme–, will have to allow us to respond to one of the big questions, not only in science but in humanity: are we alone in the Universe? The transcendence of its answer will involve a new revolution”.

Through this journey along the human knowledge in the Cosmos, “we look for the signals of life existence left by an exoplanet in its atmosphere. In order to find the chemical composition and thermal structure of the atmospheres we use the spectroscopy, and we take measurements in the moment when the planet passes in front of the star”, notes Professor Carme Jordi, from the Department of Quantum Physics and Astrophysics of the Faculty of Physics of the UB. “The study of the exoplanet atmospheres is one of the scientific objectives of the future space telescope from the NASA and the European Space Agency, James Web, using infrared-spectroscopy. The next ESA ARIEL mission is the first to be exclusively dedicated to the same aim, and covering a wide range of exoplanets, in this case to be studied with optical ear infrared-spectroscopy”, she adds.

Geology of the Earth and exoplanets

In order to study and model the geological processes beyond the Earth “we apply what we learnt about our planet”, notes the expert Daniel García Castellanos, member of ICTJA-CSIC. The in situ exploration of other worlds and the proliferation of discoveries of planets outside our Solar System are a great chance to contrast what we think we know about the Earth, the processes that also take place there and the frequency as well. Also, the modelling or simulation of these processes allow us to make a better prediction of the situations a potential mission or planet or moon in the solar system -could face.

The erosion caused by the liquid water was essential in regulating the terrestrial climate so there could be life. “Does this mean there cannot be life without a water cycle similar to ours? We also know that the terrestrial magnetic field stopped the volatile loss of our atmosphere, including water. Could we predict, with what we learnt about the Earth, whether a faraway exoplanet has its well-developed magnetic field, before visiting it?”

Living matter: behind the hints of extreme life in the Cosmos

The study of microorganisms that live in extreme environments changed the way of considering the possibility of life presence in other places in space. The books sheds light on the research of life in Cosmos and it offers alternative situations on the potential alien biospheres.  “It has been found that life is tenacious and that it appears wherever it is possible in our planet, even in places where, due to the apparently inhospitable conditions, it seemed impossible. This led us to think there could be many extra-terrestrial environments where life could have taken place”, notes Jordi Urmeneta, lecturer at the Department of Genetics, Microbiology and Statistics of the Faculty of Biology and the Biodiversity Research Instiute (IRBio) of the UB.

As a direct invitation to speculative thinking, the book leaves room for doubt in a context in which the object of study in astrobiogeology -alien life- is absent. “Perhaps the day we detect its existence, astrobiogeologu will step into a more orthodox phase, and the speculative side will lose its relevance”, note the authors.

Carme Jordi is an astronomer, professor in the Department of Quantum Physics and Astrophysics and the Institute of Cosmos Sciences at the University of Barcelona, and a member of the Institute of Space Studies of Catalonia. His research focuses on the space mission of the European Space Agency (ESA), Gaia, which aims to create the largest and most accurate three-dimensional map of our Galaxy by conducting a survey of one billion stars with unprecedented accuracy in position and movement. Carme Jordi is also an active science disseminator, she participates in the "Toc-Toc" program of La UBDivulga, and gives talks and conferences in several centres and entities. She is also a professor at the "Universitat de l'Experiència de la UB", where she teaches astronomy for people older than 55 years old.

Henrietta Leavitt, the seed to discover the extragalactic world

The astronomer Carme Jordi (ICCUB-IEEC) will introduce the figure

By
Carme Jordi, ICCUB-IEEC
Place
Historic Building of the University of Barcelona
Time
17:00
18:30
Talks
Open to all

«Measuring the Universe inch by inch», Carme Jordi at the Bellavista Library

The astrophysicist of the Institute of Cosmos Sciences and the In

By
Carme Jordi, ICCUB-IEEC
Time
18:00
Talks in educational centres
Open to all

Extraterrestrials and exoplanets in the ARA newspaper report

The supplement of the newspaper ARA dedicates its cover to a report where the search for extraterrestrial life is analyzed.
Author
Carme Jordi, ICCUB-IEEC
Language
CA
Reports/Documentaries

Planetary (In)habitability: From the Earth to exoplanets

Our astronomer Carme Jordi published the book, co-written with other colleagues, about the possibility of the existence of life beyond our planet.
Author
Carme Jordi, ICCUB-IEEC
Language
ES
Popularisation of Science

Astronomer Carme Jordi gave the talk on the Gaia mission A billion eyes for a billion stars in the Astrobanyoles Association, last January. You can retrieve it on the YouTube channel of the Association.
Author
Carme Jordi, ICCUB-IEEC
Source
Agrupació Astrobanyoles
Language
CA
Popularisation of Science

Carme Jordi speaks about Gaia Mission with Antònia Caño from Ràdio Santvi on the occasion of the talk of the astronomer in the Library of Sant Vicenç de Montalt.