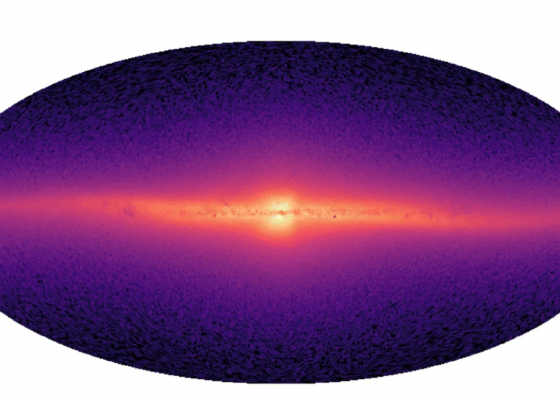 Global astrometry in the near Infrared (NIR) has been selected as a key theme in the report Voyage 2050 published last Friday, June 11, by the European Space Agency (ESA). This report presents the long-term planning of ESA’s scientific programme thus making the continuation of the Gaia mission in the Near-Infrared a potential candidate to be among the Large-class or Medium-class chosen missions in the next decades.

Almost 100 White Papers presented their ideas for the science themes that the ESA's Science Programme should address in the new plan Voyage 2050. Those White Papers were divided in five Topical Teams for their evaluation and recommendations to the Senior Committee that has elaborated this Final Recommendations from the Voyage 2050. Xavier Luri, director of the Institute of Cosmos Sciences of the UB (ICCUB) was elected member of the Topical Team 3: Galaxy, Star and Planet Formation and Evolution; Astrochemistry and the ISM.

Among those, the white paper for global astrometry in the NIR (Hobbs et al. 2021) was submitted by an international team that includes several members of the ICCUB currently involved in the Gaia mission.

The Gaia mission has already revolutionized the field of all-sky space astrometry by providing astrometric data for almost 1.7 billion sources (with 2 billion sources expected by the end of the mission). With the extension to the Near-Infrared, a Gaia-like mission would observe 6 times more stars, it would have access to the obscured regions of the Galaxy, especially in the disk where the extinction of light is highest due to larger concentrations of gas and dust, and it would also be able to detect very faint, red objects.

As stated by the Voyage 2050 Senior Committee in the report, «Space astrometry has become a major field in astrophysics with clear and strong European leadership. The Gaia mission is revolutionizing a large variety of research fields, including addressing aspects of the Milky Way’s formation and structure, the physics of its stellar populations and many other important questions». It can be agreed that the importance of this mission is that it is not just focused on a single or small number of key science cases, but instead, it is extremely broad, answering key science questions in nearly every branch of astronomy while also providing a dense and accurate visible-NIR reference frame needed for future astronomy facilities.

It will also strengthen the European Leadership on Space Astrometry, as it was pointed by the Committee: «Such a mission will capitalize on the expertise developed since the Hipparcos mission at the end of the 1980s and continued with the current enormous success of Gaia, both of which demonstrate the undisputed and long-standing European leadership in the area. »

The final selection of missions is a very long process and, in some cases, technological studies are needed (as would be the case for astrometry in the NIR, which needs development of specific devices). Now is the time to embark in such process, make the mission visible, start organizing the community and look for the technological studies. We are now at the beginning of a new and exciting time and we can only hope that the proposed astrometry mission will become a reality. You  can find more information at the following link on Voyage 2050, this news piece and the Senior Committee's report.

An online informative session about the

«Space in cinema: fiction and reality» at Santa Margarida i els Monjos

The first instants of the Universe

“The first instants of the Universe”.

Our astronomer Xavi Luri participates in the science section of the morning show "Són 4 dies" on the RNE 4 radio station, commenting on the science behind some of the most famous films about space.
Author
Xavier Luri, ICCUB [IEEC-UB]
Language
CA