The history of transits 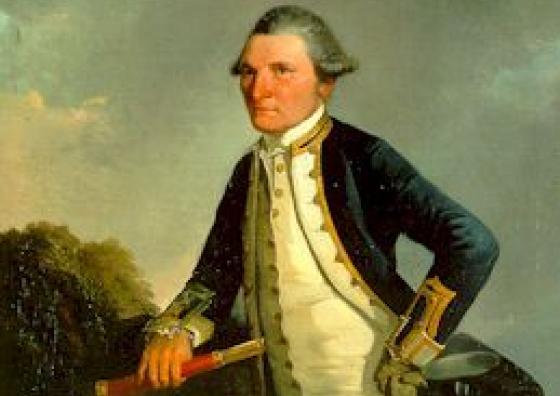 1. First prediccions and observations of transits

Good data of planetary orbits are necessary for the prediction of planetary transits. For this reason observations of transits were not possible before the 17th century. Johannes Kepler (1571-1630) developed a very thorough mathematical work on the naked-eye observational data assembled by Tycho Brahe. The result of this meticulous work was the Rudolphine tables in 1627. The name of these tables was on behalf of his benefactor the Emperor Rudolf II of Habsburg. Thanks to these tables Kepler was able to announce a transit of Mercury on 7th November of 1631 and one of Venus on 7th December of the same year. Unfortunately, he didn’t live to see it confirmed.

However, his previsions resulted reliable and the French astronomer Pierre Gassendi was able to observe the transit of Mercury from Paris. It was also observed by Remus Quietanus from Alsace, Father Cysatus from Innsbruck (Tyrol) and by anonymous Jesuit observers from Ingolstadt (Bavaria). Yet the transit of Venus the forthcoming month was not visible from Europe, as it happened during the night.

Kepler had predicted a periodicity of 120 years for the transit of Venus, but there were other tables published by Van Lansberge and predicting a transit in 1639. Owing to the uncertainty of those tables the English youth, Jeremiah Horrocks (1619-1641), developed his own calculations. Despite the periodicity predicted by Kepler, he concluded that at 3pm on the Sunday 4th December of 1639 a transit of Venus would happen. Horrocks observed the transit by means of a projection and took the first measures in a transit of the apparent diameter of Venus and the solar parallax (Earth-Sun distance). One of his friends, William Crabtree (1610-1644) was able to observe it from Manchester but he was so surprised with the event that did not take any measurments.

2. The transits in the 18th century

Edmond Halley (1656-1742) observed the transit of Mercury from the island of Saint Helena in 1677. He planned some calculations to compute the Earth-Sun distance with good accuracy from the measurement of the duration of the Venus transit in different places. Next transits in 1761 and 1769 served as a test. Due to the method requirement of observers at well separated latitudes, expeditions were sent to different points of the Earth. At the same time, the French Delisle (1688-1768) also proposed his own method. With these proposals the trend of sending international expeditions with astronomic aims was born.

The transit on 6th June of 1761 mobilized many preparations from the scientists of the time. Delisle sent his map of visibility for the transit to more than one hundred colleagues. This transit was completely visible from Asia and partially visible from the Pacific, Europe and Africa. The French Academy of Sciences sent three expeditions to France allies, because France was in the middle of the Seven Years War. The first expedition headed by Cassini de Thury went to Vienna, as guests of the Archduke Joseph. The second one, directed by Chappe d’Auteroche, went to Tobolsk (Siberia) by courtesy of the Czarina Elisabeth. The third expedition headed by Pingr´e went to the island of Rodriguez (north of Madagascar). A fourth attempt directed by Le Gentil went to Pondichery (India) but it was interrupted due to the British invasion of that territories. They remained at the island of Mauritius (then Ille de France) waiting for next transit eight years later. Last, the astronomer Lalande observed it from Paris.

British astronomers organized an expedition to Saint Helena directed by Maskelyne. But bad weather hindered the observation of the transit. A second team composed by Charles Mason, James Bradley and Jeremiah Dixon observed the transit from Cape Town after being unable to arrive to Bencoolen (Sumatra) taken by the French.

Other teams from over the world also followed this transit. In total 120 astronomers observing from more than 60 different sites. The more important conclusions were the suspicion -later confirmed- that Venus had an atmosphere and the difficulties to detect contact times because of the black drop effect. This effect provokes an error too big for the determination of the parallax.

The second transit of that century (3rd and 4th June of 1769) was completely visible from the Pacific Ocean, East Asia, North America and North Polar Regions, and partially visible from the rest of America, Asia and Oceania. Counting on the acquired experience, many teams travelled to observe the transit. On the French side, Le Gentil went to Pondichery (India) but bad weather prevented him from observing (two attempts, no success). Chappe changed Siberia for San José (Baja California) accompanied by Pauly, Noël, Dubois and the Spanish Vicente de Doz and Salvador de Medina. There they were able to observe the transit and the Moon eclipse on 18th June but an epidemic of typhus killed most of them. Finally Pingré moved from Madagascar to Santo Domingo. During the trip he tested marine clocks on top of observing the transit.

British teams also travelled around the Earth. In fact, two years ahead of the transit a team of specialists chose the places. Dymond and Wales went to the Hudson Bay. Father Maximilian Hell joined by the Danish astronomer Horrebow and Borgrewing went to Vardö, in the polar zone North of Scandinavia. The most famous expedition was the one to the South Seas, in which a young unknown James Cook (see the figure) took part. Charles Green and James Cook successfully observed the transit from Tahiti. Finally, the transit was also observed by Bayley from Norway and by Dixon from North Cape.

The increasing interest provoked that other big countries sent astronomers to observe the transit. A total of more than 150 observations, later reduced by Encke (1824) and Newcomb (1890), allowed obtaining a precise solar parallax.

3. The transits in the 19th century

The first of the transits of that century occured on 9th December 1874 and could be observed from SouthEast Asia and Oceania, and partially in the Pacific, Eurasia and Africa. The technological advancements of the previous 100 years allowed the more numerous and better equipped expeditions to observe the transit. The English organised 5 expeditions: Rodriguez island, New Zealand, two to the Kerguelen islands and three to the Hawaii islands. On the other hand, Russia installed 24 observation stations all along its territory.

We should not forget the persistent French, who organised 6 expeditions: Beijing (China), Japan, Saigon (nowadays in Vietnam), Campbell islands, Saint Paul island and New Caledonia. The French fully used the resources of the just-invented photography, so that transit is the first one with recorded images.

There was a second transit in the XIX century, the last in history before the one in June 2004. It occurred on 6th December 1882 and could be observed in all its duration from all South America, Center America and part of North America. For this transit France sent 10 expeditions: Haiti, Mexico, Martinica, Florida, Patagonia, Chile, Chubut, Rio-Negro, Cape Horn and Bragado. The Washington Naval Observatory also organized many expeditions, and so did many other countries. With the compilation of the observations of this and previous transits, Newcomb calculated the solar parallax in 1890 with a 3 high accuracy. Other alternative methods based on the observation of Mars or asteroids produced similar results along the XIX century and the beginning of the XX. The accuracy of all these methods has been improved only by the use of radar-based methods.

4. The transits of the 21st century

The start of this new century is already filled with many important astronomical events. The first one was the trànsit de Mercuri and soon afterwards we had again a great opportunity with this Venus transit on 8th June 2004. Now it is our turn to write history...

Eclipse 2.0 is the new version of Eclipse Calculator, released in December 2012. Now, with a lot of new features.
Author
Eduard Masana, ICCUB
Android